At Shutters And More, we help homeowners throughout Los Angeles enhance their properties with gorgeous custom-crafted wooden plantation shutters. We’ve been the region’s go-to plantation shutters since we first opened our doors in the 1960s, and we strive to be your ultimate knowledge resource for everything shutter-related. In today’s blog, we’ll dive into the origin of plantation shutters and how they’ve come to be the preferred window treatment for many homeowners and interior decorators. Keep reading to learn more!

Many sources point to shutters originating in Ancient Greece. Unlike the plantation shutters of today, these shades were made from fixed slats of marble, and due to the expense, were likely reserved for Greek elites. Due to their marble construction, they didn’t enjoy as much functionality as wooden shutters, which were later created as an affordable alternative. Interestingly enough, fixed louvered shutters similar in functionality to the original marble shutters remain popular in Greek architecture to this day!

Later in history, the affordable wooden shutters were introduced to Europe, and the elegance one typically associates with plantation shutters began to be introduced to the design of shutters. Louvered shutters in particular became popularized by French royalty — in fact, the term ‘louvered’ shutters may have been derived from the royal Louvre palace, which is now a famous art museum. Additionally, the adjustable horizontal slats of shutters were introduced by French designers as European designers explored ways to make shutters more functional.

Where The Name ‘Plantation’ Shutters Come From

Eventually, shortly after the time of the colonization of America, shutters began to catch on in the States, particularly in the South. The climate of the southern United States has long been humid, hot, and muggy, and shutters became a very popular addition to plantation homes, thus where the term plantation shutters comes from. Plantation shutters provided homeowners much-needed ventilation, as well as protection from mosquitoes and other pests. Before the arrival of modern medicine, malaria was a huge health concern in the region, so the added layer of safety plantation shutters offered was very beneficial! This is why large windows with plantation shutters remain a staple of Southern home design to this day.

Get Custom Plantation Shutters For Your Home

Plantation shutters have evolved greatly since their original creation in Ancient Greece, but they have remained a symbol of both elegance and practicality throughout history. No matter whether it be Greeks, Europeans, or Americans, plantation shutters have proven themselves again and again to be the perfect marriage of form and function, the best window treatment in terms of both style and practical value.

If you’d like to enjoy the timeless benefits of plantation shutters in your Los Angeles home, connect with Shutters And More today! Visit our Los Angeles showroom or check out our Gallery page for examples of our tasteful design work.

When shopping for window treatments, you may notice that plantation shutters are noticeably not as cheap as blinds and wonder why shutters are worth the investment. However, the price difference comes down to quality, and when you’re looking at blinds, you might as well multiply the price tag by five. Why? Because your average plantation shutters will last five times as long as blinds.

It’s true — the average useful lifespan for wooden plantation shutters is a hardy 25 years, whereas your average set of blinds last just four to five years. Why go the cheap route now and have to go window treatment shopping again in just a few years when you can invest in quality plantation shutters and never have to budget for new window treatments for at least two decades?

Both shutters and blinds are relatively low-maintenance, as most will get by and look great with just a simple dusting every once or twice a month.

Aesthetic value comes down to personal taste — beauty is in the eye of the beholder, after all — however, plantation shutters are generally more prized for their aesthetics than blinds. Our gorgeous wooden plantation shutters fit with most neutral and clean color schemes (and can be painted to fit any scheme) and add elegance to any home design. Blinds, on the other hand, are often utilized in smaller spaces to provide a sense of coziness or warmth.

Here’s where the value of plantation shutters really starts to shine. Blinds are not known for adding privacy to a home — after all, what nosey neighbors or bandits can’t see through vertical cracks between blinds? Plantation shutters, on the other hand, allow you supreme control over both natural light in your home and the level of privacy you enjoy inside.

They also enhance your home’s energy efficiency by providing another layer of insulation on your windows, helping to keep summer heat out and your home’s heating inside during the chilly months. This is an invaluable feature in a hot area like Los Angeles, and blinds don’t offer the same boost to your home’s efficiency. 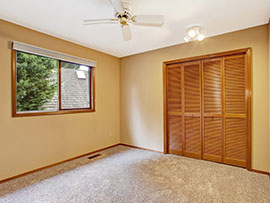 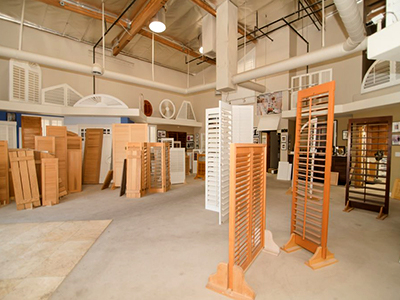 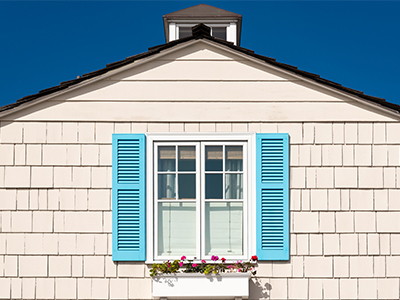